COVER STORY: For many climate change finally hits home
With record wildfires and hurricanes ravaging the United States, the effects of extreme weather events made worse by climate change are becoming more visible, and costly, to more and more Americans. Correspondent David Pogue talks with experts about whether we can be optimistic about government, societal and corporate efforts to mitigate the destructive effects of greenhouse gas production.

ART: David Lee Roth’s brush with art
Singer David Lee Roth, longtime frontman for the group Van Halen, is now making a name for himself as an artist and social commentator trained in sumi-e, the Japanese art of ink painting, doing what he describes as “graphic therapy.” But correspondent Tracy Smith finds out there was yet another calling in Roth’s life that, he says, made him feel like a rock star.

BOOKS: Alicia Garza on the origin of Black Lives Matter
Oakland-based activist Alicia Garza coined the phrase “Black Lives Matter” in 2013, the day George Zimmerman was found not guilty of murdering 17-year-old Trayvon Martin. Soon a hashtag was created, and a movement was born. Garza talks with journalist Mark Whitaker about her new book, “The Purpose of Power,” and her education in activism; the inequities of America’s criminal justice system; and why social change is built not on social media hashtags but on people. 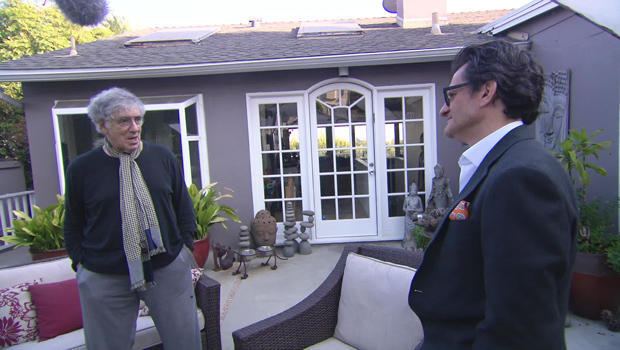 MOVIES: Elliott Gould on his unconventional stardom
He’s never been a typical Hollywood star, but the Oscar-nominated actor known for such classics as “MASH” and “The Long Goodbye” has always played characters as unorthodox and distinctive as himself. Turner Classic Movies host Ben Mankiewicz sits down with Elliott Gould to talk about his acting career, and the “slings and arrows” of his outrageous fortune.

ELECTION 2020: The year women rule
For decades women have been outvoting men – and it seems this voting bloc has never been more consequential to the outcome of an election than it is now. Erin Moriarty of “48 Hours” talks with suburban women in battleground states (the demographic that helped decide the 2016 election), and with Lauren Leader, head of the non-partisan voter education group All In Together, who says women on both ends of the political spectrum are unusually energized this year – and are being courted heavily by both the Trump and Biden campaigns.

COMMENTARY: Splitting hairs – Jim Gaffigan on the debunked image of Vikings
A new study of the DNA of skeletons reveals that the Middle-Age Scandinavian seafarers were not blonde! Comedian Jim Gaffigan, who is not a Viking, wants to know what that means for the popular image of blonde guys like himself. 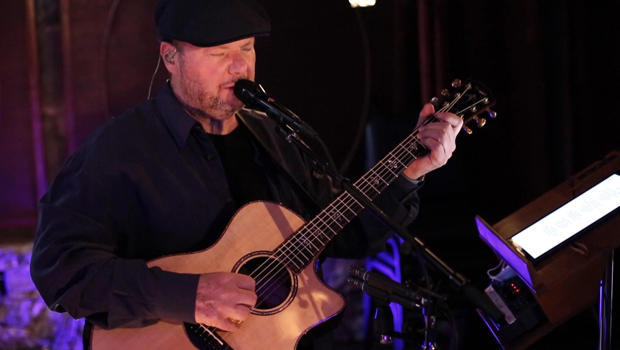 Singer-songwriter Christopher Cross was paralyzed and in intensive care for what he tells “CBS Sunday Morning” were the worst 10 days of his life. CBS News

MUSIC: Christopher Cross on his near-fatal COVID illness
Earlier this year singer-songwriter Christopher Cross contracted the coronavirus, and was diagnosed with Guillain-Barre syndrome, a rare disease affecting the body’s immune system. Hospitalized in the ICU, the Grammy-winner was paralyzed and almost died. In his first television interview since his illness, Cross talks with correspondent Serena Altschul about his near-death experience; being a long-haul COVID survivor; and his return to the recording studio. 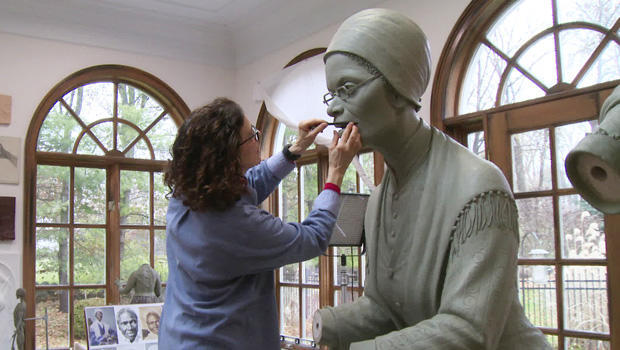 Artist Meredith Bergmann works on her statue of Sojourner Truth, part of a monument to suffragists. CBS News

HISTORY: A tribute to monumental women
At a time when many statues of controversial historical figures are coming down, some lofty women are going up. In New York City’s Central Park, a monument has been unveiled honoring women’s suffrage pioneers Sojourner Truth, Susan B. Anthony, and Elizabeth Cady Stanton. Correspondent Faith Salie talks with sculptor Meredith Bergmann about the Women’s Rights Pioneers Monument marking the 100th anniversary of the 19th amendment; and with Rutgers professor Salamishah Tillet about the fraught history of the suffrage movement.

ELECTION 2020: The perils of polls
As we get closer to Election Day, and after millions of Americans have already cast their ballots in early voting, John Dickerson of “60 Minutes” reflects on the uncertainty of political polling, and the danger of relying too heavily on what polls “predict.”

DVR Alert! Find out when “Sunday Morning” airs in your city

Full episodes of “Sunday Morning” are now available to watch on demand on CBSNews.com, CBS.com and CBS All Access, including via Apple TV, Android TV, Roku, Chromecast, Amazon FireTV/FireTV stick and Xbox.

You can also download the free “Sunday Morning” audio podcast at iTunes and at Play.it. Now you’ll never miss the trumpet!

Pa. court: Ballots with mismatched signatures to be accepted

‘RHONY’ cast spotted back at work in Greenport post-COVID scare

ABOUT US
Contact us: [email protected]
© 2020 - Pursuit Of Patriots - All Rights Reserved.
MORE STORIES

Pa. court: Ballots with mismatched signatures to be accepted

‘RHONY’ cast spotted back at work in Greenport post-COVID scare